REPLY & QUOTE
redcap (Gary N) says
I expecting a lot more of this figure from the box art which sold it to me as a sealed item. Of course, Diego Ruina can make anything look fabulous! Specifically, the cloak folds did not look very natural and were somewhat 'stiff' in appearance. The head was a loose and sloppy fit as well. Of more concern however was the dreadful left arm to shield 'join'. The shield inner to represent the slot through which the wrist and lower arm passed through the shield was very heavy and 'clunky' in appearance. It's not too evident from the photo due to the angle that the photograph was taken. The reviewer seems to suggest a problem in that area however effectively glosses over this without elaborating.

In scale, it looked like he had strapped a housebrick to his wrist and the figure would have needed a lot of the metal removing to get a scale appearance. How that would have effected the ability to pin the shield to the arm for a strong join is anyone's guess.If left 'as is' and just glued as a butt join, in white metal over time the large and heavy hoplon will most likely fall off.

On a final note, there is no clear position for the scabbard and it just seemed to 'float' above the clothing/straps.

On a positive note, the parts were cleanly cast and the packaging was very good.

Overall, I was very disapointed and would want to look in the box BEFORE I bought a "Best Soldiers" figure ever again.

REPLY & QUOTE
mistermagoo (gordon wells) says
Thank you for an honest review of this kit, to many people seem to gloss over these faults , with manufactuers only showing us the box art and kits are not getting cheaper it's good to see a true review
mistermagoo 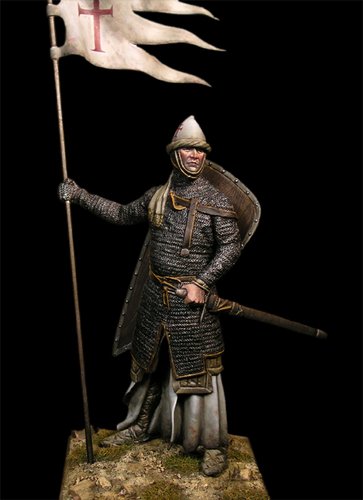 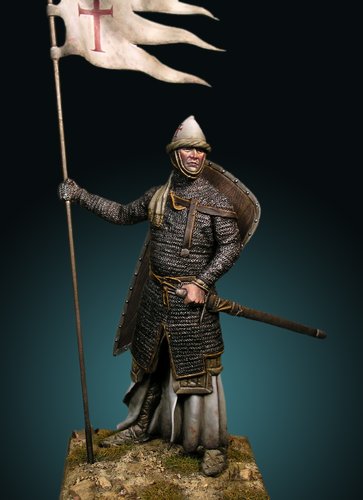